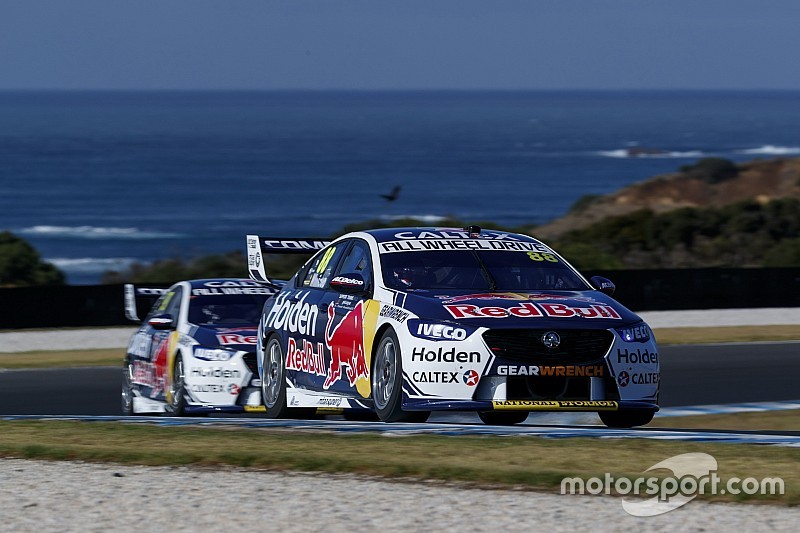 Triple Eight team manager Mark Dutton says it was a sheer lack of pace, not external issues such as tyre quality, that left his squad languishing down the timesheets at Phillip Island today.
Mark Dutton: “Even though a linear is a more simple thing, when the rest of your car is tuned for a very non-linear set-up, there’s a lot of differences you need to get on top of.”
Mark Dutton: “That said, we didn’t just spend the whole day trying to make the car fast for Phillip Island, because the next event we go to is a polar opposite.”

not clear this is a text area

what does the zero mean? likes?

not sure what the 0 is either

this is my reply

I have something new to say