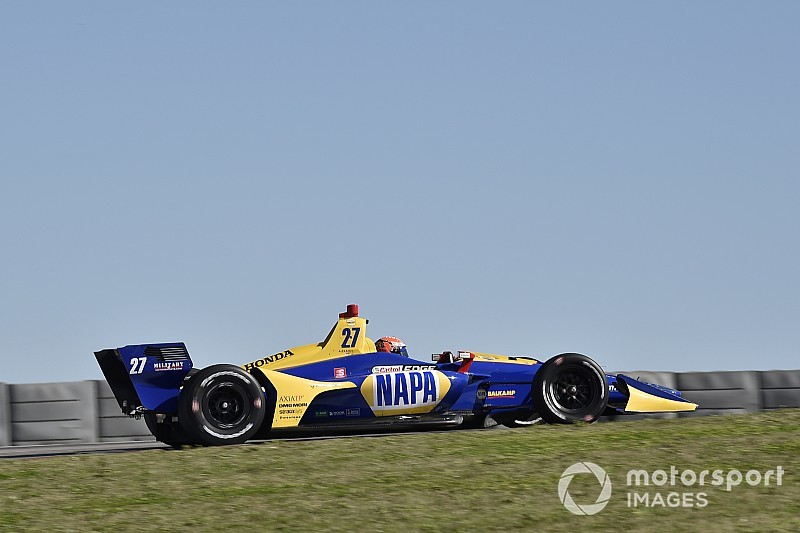 With his final flyer of the session, Rossi set his best lap of the whole test, emerging less than 0.15sec clear of Harding Steinbrenner Racing driver Herta, who was a similar distance ahead of Ryan Hunter-Reay (Andretti).
Into the second half of the session, Rahal turned a 1min48.0, and later Rossi split the Ganassi cars.
All but two cars – Jack Harvey and RC Enerson – went out on track for the final five minutes, and while Dixon improved to fifth, Rossi hit the top spot with a 1min46.8535.
Herta closed Rossi’s advantage to 0.1466sec but was caught in traffic, although his Session 2 time from Tuesday afternoon remained the fastest lap of the test.