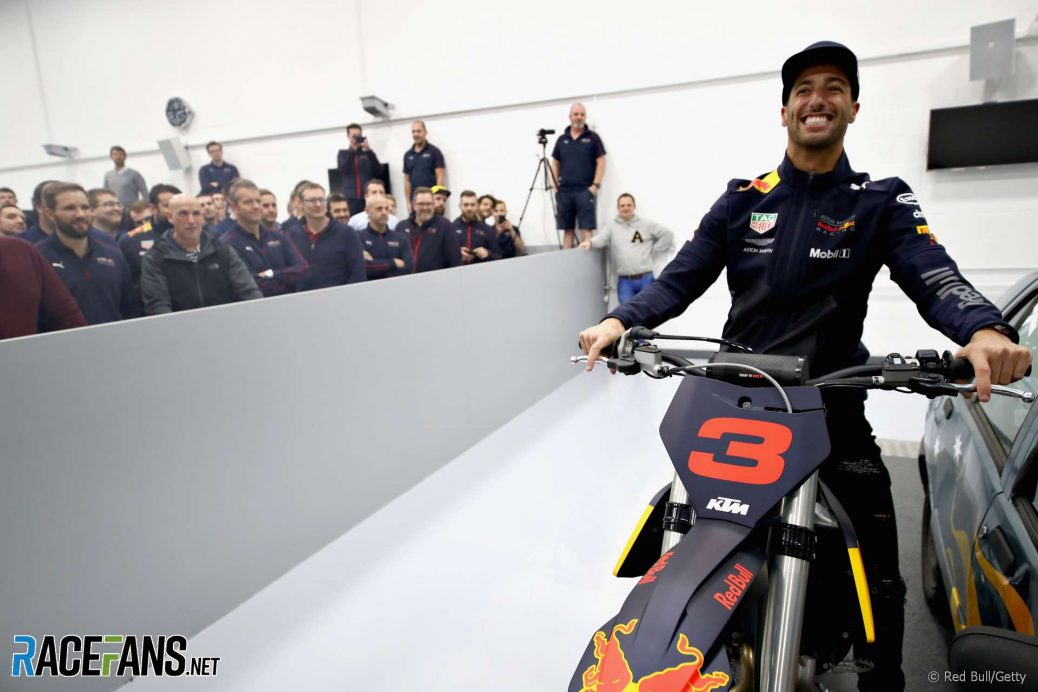 In the round-up: Daniel Ricciardo says he isn’t hoping Red Bull will struggle in 2019 having left the team before their new partnership with Honda began.
Ricciardo, who has joined Renault for the 2019 F1 season, reflected on his his change of teams when asked by RaceFans last year:.
Sam Dejonghe: “Following on from a podium finish in the 2018 Ad Diriyah E-Prix for Mahindra Racing’s Jerome d’Ambrosio, the Indian team has named Sergey Sirotkin and its development driver Sam Dejonghe as its drivers for the in-season rookie test following the 2019 Marrakesh E-Prix on January 13.”
His timing to McLaren was similar to Ricciardo’s to Red Bull (but worse in car performance really).